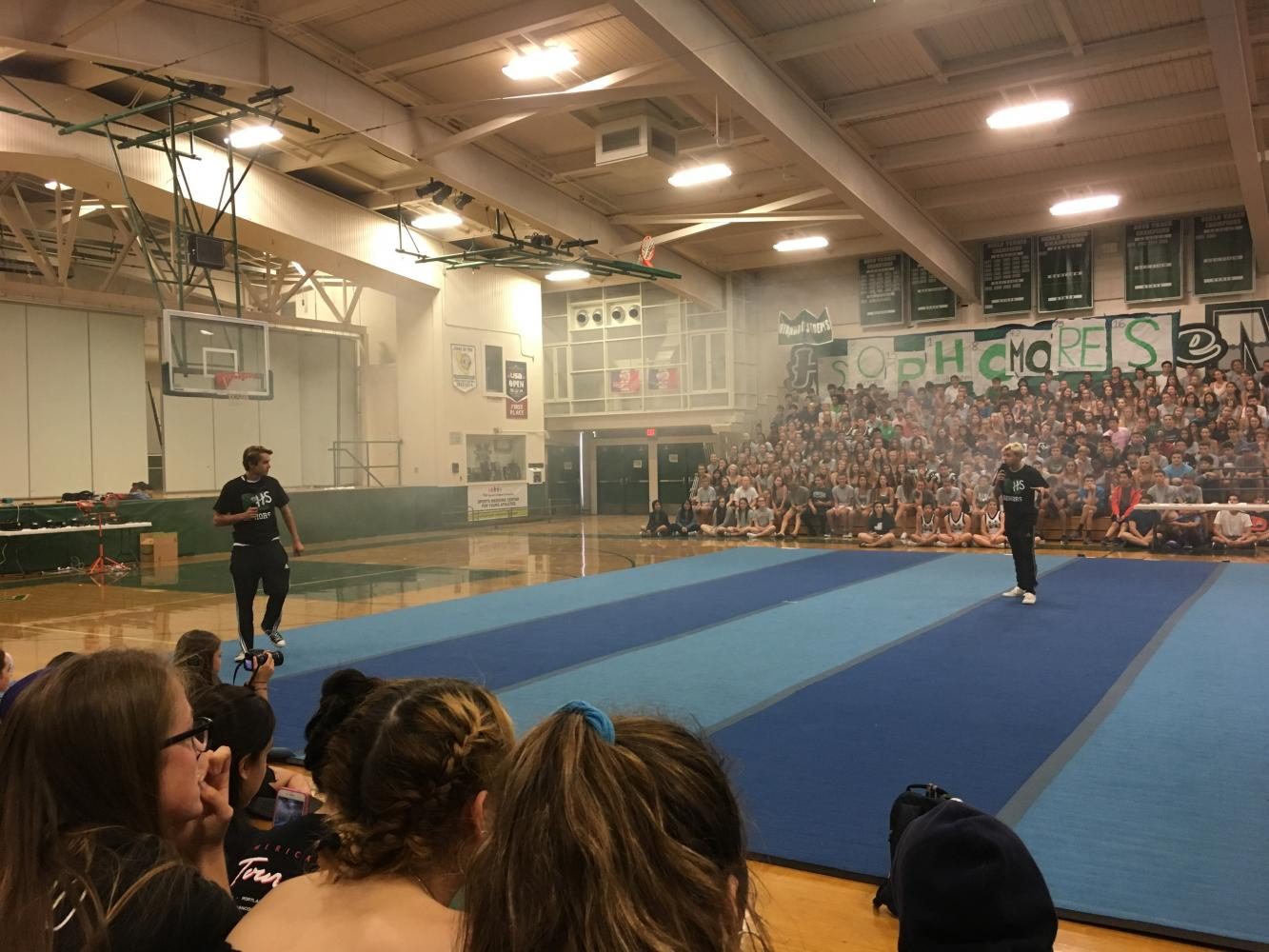 Friday, June 9th capped off the end of an era, a legacy established by the three rally leaders Ryan Little, Liam Madsen, and Robbie Tennant during the course of the 2016-2017 school year. In the course of the year, the three friends managed to not only redeem the uninventive and disappointing rallies from the prior year, but also set a precedent and high expectations for the years ahead.

Henry Marken, Sterling Kassela, and Jack Mader were the perfect group to take on the high standard set by the previous rally leaders. In the final rally last year, students received a small preview of the 2017-2018 rally leaders. With the small snippet of what the future rally leaders had in store, students were anxious to see more.

When Friday, September 1 rolled around expectations rode high and the pressure weighed heavily on the shoulders of the three seniors. “There is an immense amount of pressure as last year was so good and people are always wanting to be more and more entertained,” senior rally leader Henry Marken said. From spirited upperclassmen to slightly intimidated freshmen, the gym was jam packed with an anxious staff and student body, ready for the rally to commence. Even before the rally, class cheers thundered from the sides of the gym. “I wanted to show the freshmen what a rally consisted of and also, I wanted to have class spirit and get my fellow classmates hyped,” sophomore Justin Alvarado said. Surprising most, the teachers joined in on the cheers, jumping from their chairs and emphatically throwing their arms in the air and screaming as if they were riding a roller coaster. The spirited environment set the stage for the rally leaders’ video.

Sporadic laughter and intermittent applause was constant throughout the entire video with humorous guest appearances, including, sophomore Konrad Mader, the three rally leaders from last year, junior Emma Marken, freshmen Ben and 7th grader Luke Duncan, senior Mark Mezody, and  senior Ben Mollahan. The wide sample of guest appearances gave each class a connection to the video and to one another. “The goal of the video was to encourage laughter,” senior Sterling Kassela said. The video centered around how Campolindo was recruiting Miramonte-bound students because Miramonte students are “Renaissance men and women”. This led to the relay, where students from each class performed a variety of tasks to win the race. The unchallenged and victorious seniors took the gold with talent from Enzo Jiannalone, Morgan Vigo, Diego Jenab, Peter Stehr, and Alex Shandolav.

After the video the cheer squad performed. The performance added a small dash of energy to rally and segwayed perfectly into the next portion of the rally.

Lastly came the traditional class cheers, where each class shouts as loud as possible to show their spirit. The Freshman cheer was lackluster and left plenty, if not too much room for improvement. Barely half of the freshmen cheered and none of the students stood up. The remaining three classes’ sonorous shouts could be heard all over campus.

As the rally came to a close, the high standard had been met and left many Matadors ready for the next. “The rallies from this point on are just going to get better and better,” Marken said.