Popular Netflix Shows to Help Ease the Boredom of Quarantine 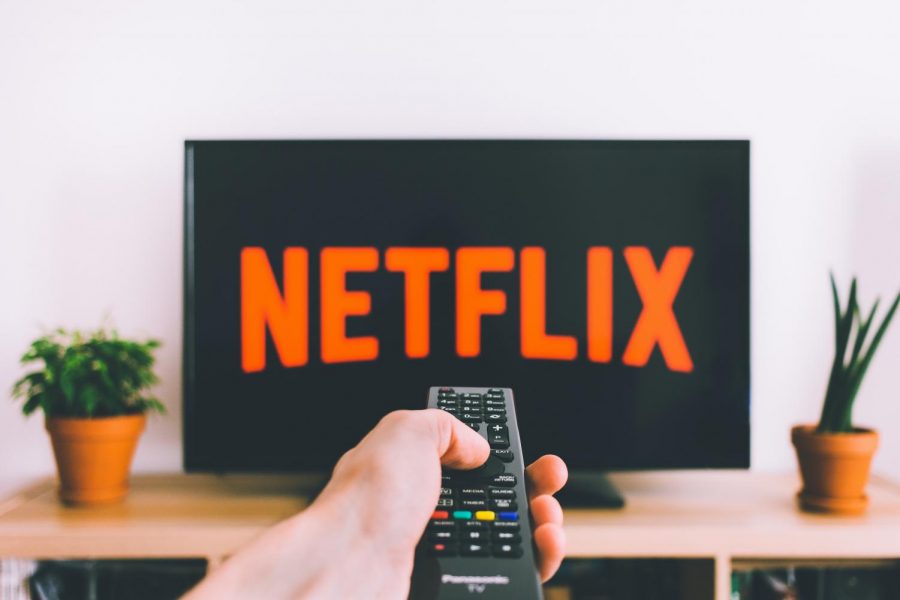 Photo by freestocks on Unsplash

Whether you’re looking for a binge worthy television series or an emotionally impactful movie, Netflix Originals have it all. We are here to rate the top picks and popular hits currently available to watch on Netflix.

Taking place in a real location, the Outer Banks of North Carolina, this series focuses on four teens as they navigate a summer in the so-called “paradise on earth.” However, this place is anything but after main character and troubled teenager John B makes the decision to continue his deceased father’s work and set out to discover a sunken boat supposedly holding 400 million dollars. Despite encouragement from the local sheriff to give up the search, John B and his friends find themselves in grave danger, whether this comes from the “kooks” (rich kids who spend summers in their lavish vacation homes and have a hatred of the poorer “pogues”) or from other bloodthirsty treasure-seekers. This show is filled with unpredictable plot twists–complicated family ties, location history, and a Romeo and Juliet type of love story–and it also grapples with social status issues and the privilege and power those with money truly hold. I have little criticism of this show, besides a few minor plot holes and unrealistic scenes. This gripping series includes just enough suspense, adventure, and foreshadowing to leave a watcher waiting with much anticipation for further episodes.

This thrilling series follows protagonist Nadia, played by “Orange Is the New Black’s” Natasha Lyonne, as she finds herself repeatedly dying and waking up again the night of her 36th birthday party in the same bathroom in an endless loop. Though she experiences this, nobody at the party has any idea, and treats Nadia as though she’s on drugs or outright crazy. After she meets another man named Alan in an elevator who experiences the same loop, each night they come back to life and fight to find each other. Following her always-missing cat and meeting and conversing with the same people each night before she dies, she notices the world is changing and things are disappearing each time she wakes up. This storyline experiments with soulmates, alternate dimensions, warped timelines, and genuine connections that transcend all boundaries. Despite details left unsolved that seemingly will be answered in coming seasons, this show is an overall masterpiece that investigates themes of forgiveness and growth among chaotic situations. This is a gripping thriller, and if you’re looking for a show that will leave your mind reeling for days after, this is the show for you.

Released on May 1, this original spin on a coming of age story is one of the newer movies on Netflix. The story follows Ellie Chu, a quiet yet strongly independent young woman, who writes all of her classmates’ essays. When she is approached by a boy in her class and asked to write a love letter to the most sought-after girl in school, Aster Flores, what she doesn’t realize is that she might end up falling for the girl herself. Directed by the Bay Area’s own Alice Wu, this movie is beautifully written and executed; it portrays the sacrifices an immigrant family has to make, the struggle and pull between the past and the future, and an unrequited love. It also explores themes such as racial inequality, teenage social hierarchy, and sexuality. This film includes many layers yet to be unpacked, all while portraying social issues that exist in today’s society that aren’t normally included in this genre of filmmaking, and does a fantastic job representing different underrepresented minorities. Though this movie isn’t necessarily a love story itself, it speaks volumes about the importance and reality of self-discovery and exploration. This movie is real, it’s one to make you sympathize with each and every character, and it will have you laughing and crying all the way through.

Ryan Murphy’s “Hollywood” takes place in the golden age of Hollywood in the 1940s. The show starts with Jack Castello, a midwestern veteran, who has his hopes set on being a movie star, trying to make his break in the infamous city. The first couple episodes are graphic and aren’t extremely intriguing, but once you get past them, it is easily the best show to be released by Netflix this year. It tackles themes of sexuality, race, and gender equality in a beautiful and emotional way, and explores the highest highs and lowest lows of trying to find your way in Hollywood, and showcases that fame and fortune don’t always include the glory everyone is reaching for. The show will make you laugh, cry and smile all at the same time. It was a truly phenomenal show, one you never knew you needed but now can’t live without.

“Gossip Girl’s” Penn Badgley plays the lead role, Joe, a psychotic book lover who obsesses over a woman. At first he seems pretty normal, just your average Joe with an innocent crush, however, that soon changes as he begins to intensely stalk his love interests. Without revealing important spoilers, this show is addicting, nerve wracking, and intoxicating all at the same time. Plot twist galore, this series seriously keeps you on the edge of your seat throughout each episode. Personally, I think season two was better overall than the first season, but I would recommend watching both if you are interested in mystery, crime, and everyday situations turned terrifying. If you’re squeamish, this show probably isn’t one you should watch. Although it’s not a traditionally scary show, this thriller engages you because of its seemingly realistic nature and it really gets you thinking.

America’s favorite marine turned actor, Adam Driver, plays a successful theater director named Charlie. In this movie, Charlie and his wife, played by Scarlett Johansson, experience marital issues. Because of this, Nicole decides to leave New York and take their son to Los Angeles to star on a new television show, and the plot takes you through the ups and downs of Charlie and Nicole’s relationship. Be sure to bring tissues because this movie is sure to leave you in tears. The acting is phenomenal, Driver and Johansson are able to realistically bring the emotions of a marriage in turmoil to the silver screen or black mirror if you will. This movie made me feel like I am a middle aged woman going through a divorce, that’s how powerful it is. It’s sad, painful and beautiful. With all of these amazing elements combined, this movie leaves you questioning love and life itself, and you won’t know which character to love or hate.

The official poster for #MarriageStory, from acclaimed director Noah Baumbach.

Too Hot to Handle: 2 stars (Mackenzie)

This show is an interesting take on a reality dating show, but it turns out to be anything but. Ten singles spend four weeks in a tropical paradise while being monitored by an Artificial Intelligence named Lana. The contestants compete for $100,000 with only one rule: romantic relationships are forbidden, including all sexual acts. The idea and purpose of the show is to change the contestants’ experiences with thoughts about dating and hookup culture. At first, it was mildly entertaining, but there truly is no point to this show. It’s essentially the opposite of a reality dating show. A better way to spend your time would be to watch “90 Day Fiance”,  “Love is Blind” or any MTV reality television show. This is truly a modern-day show, 10 attractive people being watched 24 hours a day and seven days a week by a talking essential oil diffuser. Needless to say, you don’t need to watch this one. It’s fine for background noise or if you’ve seen every other reality romance TV show.