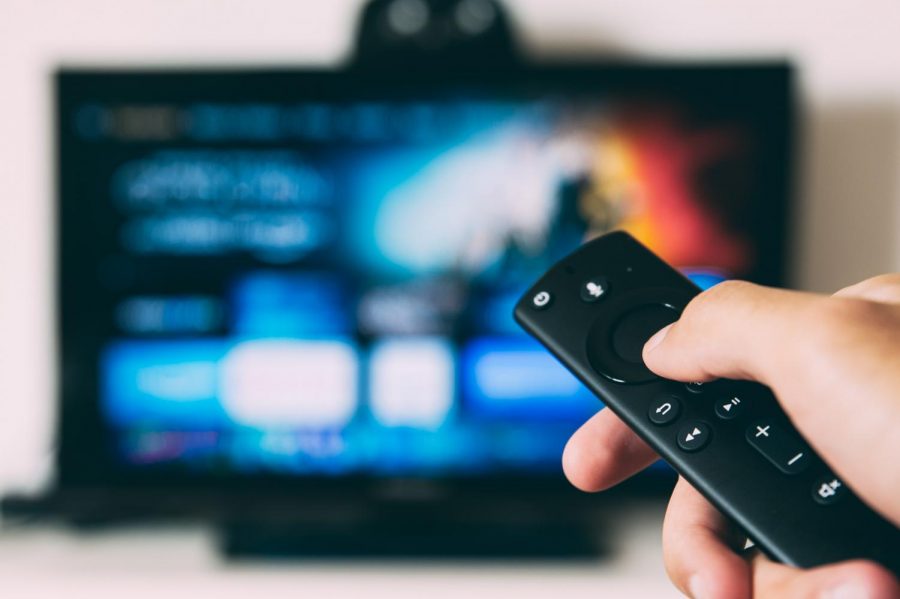 Photo by Glenn Carstens-Peters on Unsplash

In a tumultuous three-hour finale of “Survivor’s” 40th season, “Survivor: Winners at War”, six lasting contestants turned to three: Natalie Anderson, Michele Fitzgerald, and Tony Vlachos (the eventual winner). If you aren’t a frequent “Survivor” watcher or avid fan, the game featured on this original reality show works as so: hosted by known and loved television personality Jeff Probst, twenty players begin on a foreign island separated into two tribes. Each day, tribes compete for immunity from Tribal Council (where the losing tribe must vote out a player from their own tribe) through “challenges” that often include both a grueling physical aspect and complicated puzzles. As the game progresses, contestants search for and find hidden immunity idols that they can play to save themselves or others from being sent home during the game. Tribes eventually merge while contestants compete for individual immunity, protecting only themselves at Tribal Council. This game of complex relationships, unforeseen blindsides, ever-changing alliances, and unbelievable strategy is one of the most insane social experiments humanity has ever seen. Who goes home with the one million dollars at the end of the season (two million for this specific season) is determined by members of a jury made up of those voted out by their tribes previously in the season.

What makes this season unique is not only the addition of an “Edge of Extinction” island where those voted out reside until they can compete for a spot back in the game, but the contestants themselves, who bring the most interesting aspect to the show. Each player was a returning winner of “Survivor”, even from seasons stretching as far back as 2003. The players were familiar to audiences all over the country, such as fan-favorite Rob “Boston Rob”  Mariano, who has appeared on four seasons of “Survivor”, playing in three, and underrated players such as Ethan Zohn, a man who fought blood cancer twice and used his winnings to start nonprofits in foreign countries. Throughout the season, all three contestants seated at the end of the game fought to outwit, outplay, and outlast 17 other contestants for 39 days to win the two million dollar prize.

Fitzgerald first appeared in Survivor’s 32nd season, “Survivor: Kaçh Rōng” , back in 2016, where she won the million dollar prize. This season, finishing as second-runner up, she began sitting comfortably on the Sele tribe for the first few weeks. She played a role in eliminating a few players early in the game, sending them to the Edge of Extinction. Fitzgerald formed an alliance with Parvati Shallow, who was then voted out on day 16 and sent to the Edge. She made it to the “merge”, a benchmark Survivor achievement, where her game really began, even though she found herself on the bottom of the pecking order. She strategically made alliances with new people, bought different advantages from those on the Edge, and used them to keep herself afloat. I think her personal highlight of the season was winning individual immunity on day 34, keeping herself safe after Vlachos and his alliance targeted her to be the next voted out, proving herself to be amazing at puzzles even though she sometimes lacked in the physical aspect of challenges. In the last days of the game with only four contestants left, Anderson chose Fitzgerald to be the one sitting next to her in the final three and left Vlachos and Sarah Lacina to have a fire-making competition for the last spot. Fitzgerald made a case for herself in front of the jury, claiming that she made it there alone and fought to keep herself alive among the best of the best Survivor players in the history of the show. Shockingly, Fitzgerald did not receive a single vote from the jury, but I felt like she deserved at least a few. Fitzgerald played a solid game in my opinion, but was unfortunately outshined by the phenomenal performances and bigger personalities of Vlachos and Anderson.

Anderson originally appeared on “Survivor: San Juan del Sur” with her twin Nadiya, where she beat her sister for the million dollar prize. As a returning player expecting a hard-played long game, Anderson was in for a shock early on in the season. She was the first person voted out of the entire game and sent to the Edge; however, this did not discourage her from playing the best game she could in her situation. She fought hard like she had something to prove. She worked day and night to acquire fire-tokens (a new form of Survivor currency that created an economic-like aspect of the game) that she then used to buy advantages for herself and sell to those still in the game. She won challenges that were designed for what seemed like superhumans, one time running from sunrise until sundown up and down the resident Edge mountain to collect twenty coconuts—one at a time—that would give her a single fire-token. The most strategic move she made was purchasing three advantages that would help her secure her spot back in the actual game for day 35. Directing an almost foolproof plan to get Vlachos and Ben Driebergen to flush out their own immunity idols, Anderson helped secure her own spot in the final four. She went on to win the final immunity challenge, and receive four votes at the final Tribal Council. Because she was literally the first person voted out and somehow made it to the final three, I think Anderson deserves much credit for the extreme dedication to get back into the game that she demonstrated. However, she has faced some criticism claiming that she technically automatically had an advantage living on the Edge: she was able to somehow secure a seat in the final three without playing more than one day on the main island. However, I think she deserved the votes she got for her hard work and dedication.

Vlachos, reigning champion of “Winners at War and Survivor: Cagayan”, won the show two out of the three times he has played. As one of the bigger and more entertaining personalities on this show, Vlachos’s attitude and shenanigans gave him a mix of advantages and disadvantages in the game. Whether he was climbing up a tree to spy on conversations from other alliances or finding out what he thought was an advantage was actually being used against him, there was never a dull moment watching Vlachos in this season. He made countless alliances, formulated successful plans, and overall was an extremely versatile player, which impressed the jury. Vlachos formed an alliance with Lacina early in this season, who is a cop just like Vlachos and also participated in both of Vlachos’s former seasons. After making it to the merge and controlling the first few Tribals there, he began to dominate by working with different alliances and essentially playing a “double ally”, orchestrating blindsides, most of which were successful. At the final four, Vlachos was forced to compete in a fire-making competition against Lacina and won, securing his spot in the final three, but not before saying an emotional goodbye to his fellow “Cops-R-Us” member. Vlachos also won four immunity challenges this season, an almost record-breaking number. It’s hard to deny that Vlachos deserved this second win because he was such a dominant and strategic player. Winning the game for the second time while not having a single vote cast against him this season, Vlachos definitely deserves his title of “King of Survivor”.

One of the highlights in this final episode was Lacina’s speech while sitting at the final Tribal Council, getting male participants to admit gender bias and creating a productive conversation about how different the male and female experiences on this show are. After seeing the negative reaction to Anderson making it back into the game, Lacina spoke on the issue: “It made me realize that if a woman in this game lies or cheats or steals, she’s fake and phony and a b**ch, but if a guy does it, it’s good gameplay. It’s a gender bias, it holds me back. It holds other women back from playing the game the way we should be playing the game.” Her emotional words even got Probst to admit to his inadvertent gender bias. “I am certain if I look back at all of the comments I have made over 20 years, I would find the exact same bias in me, for example who I call by last names. Guys have different relationships with each other, and I might not know how to have that relationship with a woman,” Probst said. “So, I’ll definitely own that I don’t think I saw it when ‘Survivor’ started, and I don’t think I even knew I was supposed to look for it. But I’m very much aware of it now, and I’m grateful that we can open up and investigate, even though it comes with crisis or hardship or it comes with some tears. Whatever it is, it’s out there and it’s being talked about.” This discussion will be a landmark in “Survivor” history and will hopefully allow more women to play a dominant game without all of the emotional guilt and baggage.

Each of the players in the final three brought different and interesting things to the table, but ultimately, Vlachos won the hearts and votes of the majority of the jury. Finding out he won over a live Zoom call broadcasted from Probst’s garage, he celebrated with his wife and two kids. Each contestant’s experiences and reputations made this season of “Survivor” unforgettable and arguably the best one to date.