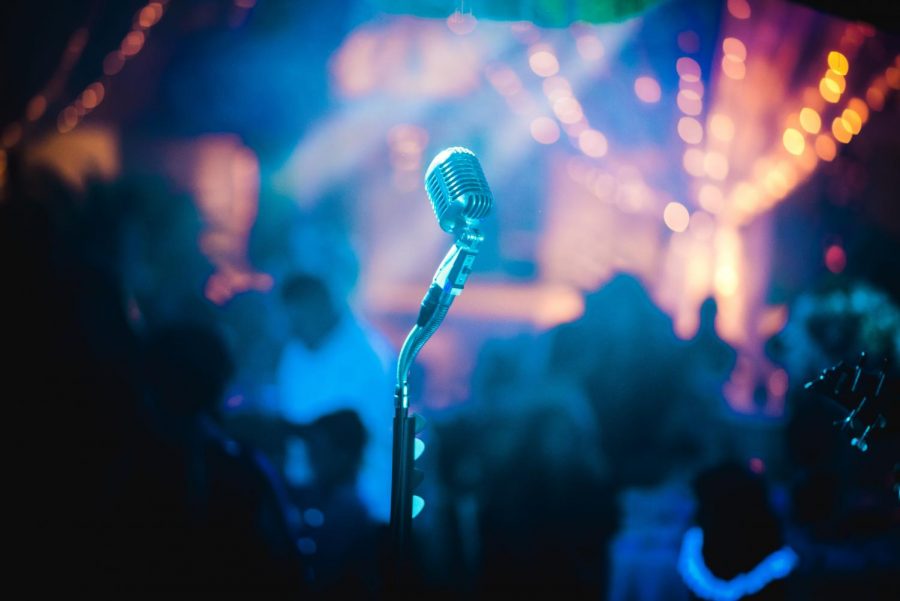 Photo by BRUNO EMMANUELLE on Unsplash

One of the most anticipated and popular award shows of the winter season, the GRAMMYs, or the Grammy Awards, is an award show presented by the Recording Academy to recognize achievements in the music industry. The show traditionally takes place at the end of January, but due to the current coronavirus pandemic, this year it will air on Sunday, March 14. The music recognized will include the albums, performances, and songs released in late 2019 and throughout 2020.

To keep the artists, crew, and guests safe and healthy, the GRAMMYs will look a bit different this year. As always, fans and viewers will be able to watch the show on CBS, and there will still be a Premier Ceremony, where most of the 83 awards are handed out. The show will also be fully live, with no pre-recorded assignments. Additionally, Comedian Trevor Noah will host at the Staples Center in Los Angeles.

“We are simultaneously developing three plans for what the show would look like: One is the traditional show with the full crowd, two is a limited crowd, and three is no crowd, and there’s creativity around all three of those ideas: how and where we would film it. But none of them involve changing or postponing the date,” the Recording Academy Interim President Harvey Mason Jr. said to Variety Magazine.

Besides the live performances and fashion on the red carpet, the awards are reasons many will tune in on March 14. Miramonte students have some ideas about what’s in store! An exciting and interesting category, Best New Artist recognizes an artist whose release(s) notably impacted the music landscape. Some of the nominees include Megan thee Stallion, Doja Cat, Noah Cyrus, and Phoebe Bridgers.

“I believe that Megan thee Stallion will win the Best New Artist because she has released many popular songs, such as those titled ‘Captain Hook’ and ‘Savage’, throughout the past year, and she became a very well-known artist overall,” junior Ava Lagaay said.

Additionally, Song of the Year recognizes a track or single that achieved prominence during the end of 2019 through 2020. Songs in this category include “The Box” by Roddy Ricch, “Cardigan” by Taylor Swift, “Circles” by Post Malone, and “Everything I Wanted” by Billie Eilish.

“Also, I think that ‘Cardigan’ by the talented artist Taylor Swift will win Song of the Year because so many people listened to it along with the rest of her recently released album ‘Folklore’. Due to the album’s popularity as well as Taylor Swift’s, I think the song has a chance of winning the award,” Lagaay added.

Best Solo Pop Performance is an entertaining category filled with nominees that are well-known and often played repeatedly on the radio and streaming platforms. Singles in this category are “Yummy” by Justin Bieber, “Watermelon Sugar” by Harry Styles, “Say So” by Doja Cat, “Everything I Wanted” by Billie Eilish, “Don’t Start Now” by Dua Lipa, and “Cardigan” by Taylor Swift.

“For the category of Best Solo Pop Performance, I think that ‘Watermelon Sugar’ by Harry Styles will be the track that wins. The music video for this song and the song in general are very popular and Harry Styles has a large fan base. The song was also played on the radio many times and is fairly catchy,” sophomore Sydney Wright said.

Finally, the category Album of the Year may be one of the most important of the whole show. It acknowledges the performance of the artist along with the contributions of the producer(s). The nominees for this award consist of “Hollywood’s Bleeding” by Post Malone, “Folklore” by Taylor Swift, “Future Nostalgia” by Dua Lipa, “Chilombo” by Jhené Aiko, “Black Pumas” by Black Pumas, “Djesse Vol. 3” by Jacob Collier, “Women In Music Pt. III” by HAIM, and finally “Everyday Life” by Coldplay.

After a poll on Instagram that asked Miramonte students which nominee they think will come out on top, 75 percent of those who responded said that they believe Taylor Swift and her new album “Folklore” will win. The following 25 percent believe that Post Malone and his album “Hollywood’s Bleeding” will take home the award.

“In terms of Album of the Year, I believe that ‘Hollywood’s Bleeding’ by singer Post Malone will win. The album was released a while ago, and many established and well-liked artists, like Future, Halsey, and Travis Scott are featured on tracks of the album. Post Malone also hosted a tour, which surrounded the release of the album,” junior Hanwen Zhang said.

Although there may be modifications to crowd size, the GRAMMYs will remain live and filled with exciting performances and speeches. Miramonte students all agree that March 14 will be a night to remember!