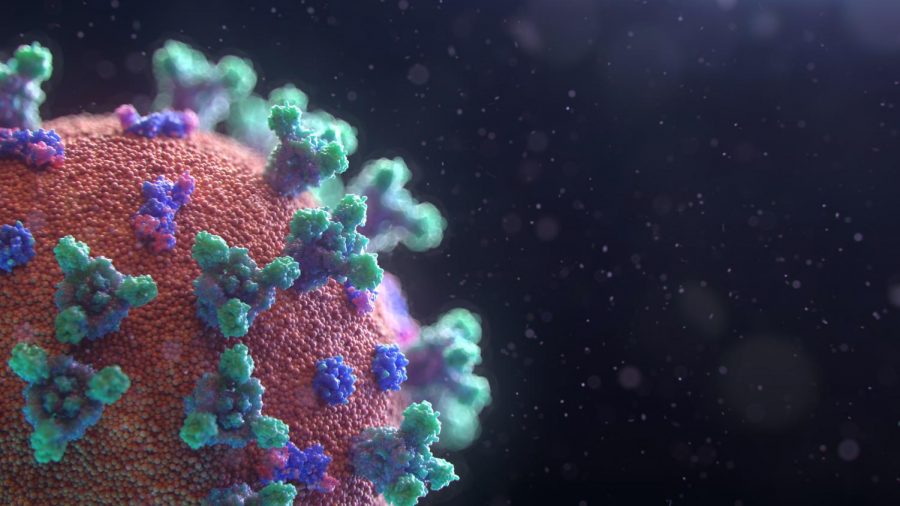 You wake up.  Your throat is sore, you cough, it’s hard to breathe, you feel a headache, and have a fever.  These are the symptoms of the coronavirus, but you just don’t know it yet.

For a little over three months, the United States, along with the rest of the world, felt the effects of the ongoing spread of the coronavirus.

Originating in the Wuhan province of China, COVID-19 is classified as a severe acute upper respiratory disease. According to the Centers for Disease Control and Prevention (CDC), the symptoms include a cough, shortness of breath, fever, chills, muscle pain, headache, sore throat, and loss of taste. Although the first U.S. case was confirmed to be in January, many are convinced that they had the virus weeks prior.

“I had a really bad cough and a fever of almost 103 degrees fahrenheit. I didn’t have an extremely sore throat, but my doctor said I likely had a small case of corona.  My dad wanted to get me tested because my parents are very cautious and concerned, as most parents should be, when it comes to the virus. I was, and still am, very convinced that I had a milder case of the virus before it was confirmed in the U.S.,” sophomore Annaluna Giacich said.  Survivors of COVID-19 report different experiences varying from merely staying at home for a week or so to requiring a lengthy hospitalization.

The speculation that an earlier strain of the coronavirus circulated the U.S., before the initial reports, is not far-fetched either. Despite the virus’s discovery at the end of December, travel to and from China was not restricted until Jan. 31, which could have allowed many asymptomatic individuals to bring the virus back to the U.S.  According to analysis collected by both China and the U.S, 430,000 people arrived in the U.S from China since the discovery of the virus.

“The virus was freewheeling in our community and has probably been here for quite some time [possibly] back in December. This wasn’t recognized because we were having a severe flu season. Symptoms are very much like the flu,” Dr. Jeff Smith, a physician and chief executive of Santa Clara County government, said.  Symptoms of the flu include a cough, muscle pain, fever, runny nose, and headaches. The COVID-19 symptoms, similar to the flu, could have gone undetected for a while.

“I felt my symptoms back on Jan. 4. I was in contact with a friend who had gotten very sick at a party where someone else went on to test positive for COVID-19 antibodies. Soon enough, I had a runny nose, weak body, headache, and a fever. I was very surprised at the news about coronavirus because I think it’s definitely a possibility that I had it at the beginning of January,” Campolindo sophomore Hannah Martinez said.

The current shelter-in-place guidelines, which promote social distancing, were not put into place in Contra Costa County until March 17, three months after the virus’ discovery and a month and a half after the first U.S. confirmed case.  In these three months, everyone lived their lives normally and socialized, which gave the virus plenty of opportunities to spread.

“After hanging out with my friends almost everyday during winter break, I got a bunch of the symptoms that are being talked about, which lingered for a little over a week. I had a runny nose, fever, sore throat, and found it incredibly difficult to breathe. It was probably the sickest I have ever felt in my life. During the beginning of January, not much was known about the coronavirus and so many people were allowed back and forth from China. It’s not a stretch to believe that the virus went undetected during a time where so little information was available,” sophomore Liam Sullivan said.

Weeks later, news reports air about the coronavirus pandemic, describing symptoms eerily similar to the ones you had. Even when the first United States case in Washington state was confirmed Jan. 21,  you are convinced that you already had this virus.