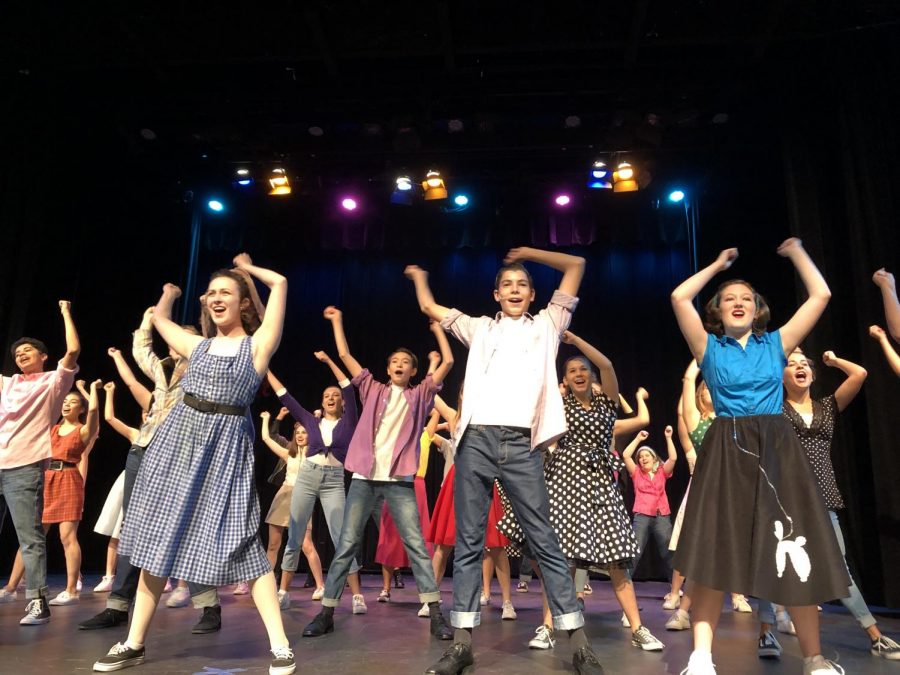 Miramonte’s Musical Theater and Stagecraft classes hosted their first performance of the school year Friday, Sept. 20 at Miramonte. The Musical Theater class performed “You Can’t Stop the Beat,” from the musical “Hairspray” and Stagecraft students managed the costumes, lighting, and sound. Students, teachers, and members of the administration attended the performance.

“We want the students to get an idea of what the classes will be like over the course of the year. It is also helpful for students who have never been in a musical theater performance or a part of Stagecraft before, to give them a ‘crash course’ in a low-stress environment. It’s a fully-staged performance, but it’s a very friendly audience of invited teachers, staff, and students,” Musical Theater teacher Meredith Hawkins said.

The Stagecraft class works on lighting, sound, costumes, props, sets, stage management, and publicity for various Miramonte performances throughout the school year. “I wanted to take Stagecraft because I wanted to get an understanding for the behind the scenes work that goes into every Miramonte drama production,” junior Heather Shinn, a Stagecraft student on the light crew, said. “I enjoyed designing the lights. It was a great opportunity for me to learn more about the light board and how things run in the booth.”

The Musical Theater class is preparing for auditions for their upcoming spring show, “Mamma Mia!” “I am very excited for ‘Mamma Mia!’ We have a great class of very enthusiastic performers that have total buy-in when it comes to collaboration, support, and commitment to success. They aren’t shy about trying something new, singing out, and having fun on stage. Which is exactly what we need for a show like that,” Hawkins said.