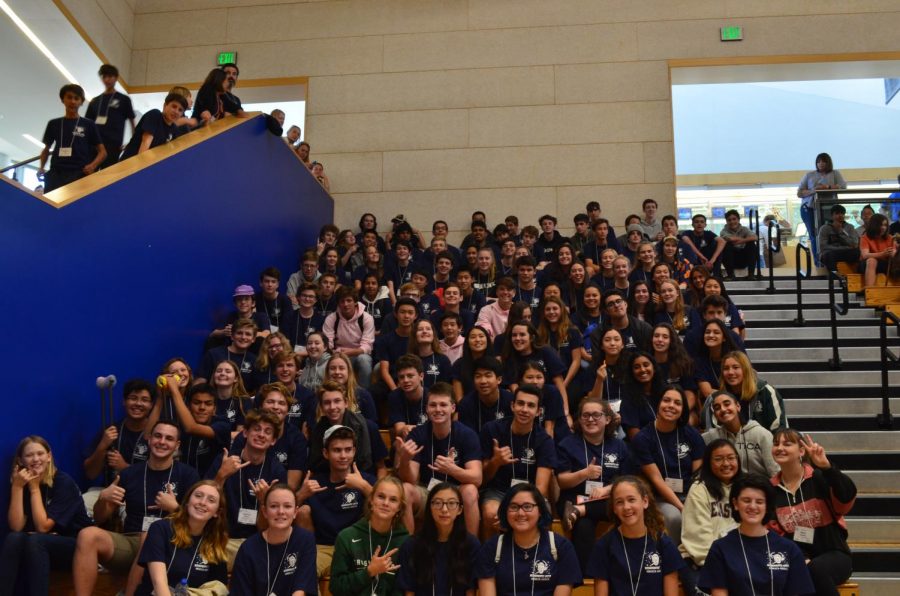 Miramonte Latin students smile and pose for a picture during the general assembly at Ludi.

“The academic testing went well,” junior Jake Weiner said, “it was fun to test my knowledge that I have acquired over the course of my Latin career at Miramonte.

Students had the opportunity to participate in Open Certamen. “I think certamen is really fun because it’s like Jeopardy and it is fun to learn new stuff in a relaxed way,” sophomore Mallika Dandamudi said. Several Miramonte students ranked well in the open certamen competition including senior Seamus McCarthy whose team won first place in the advanced certamen level.

“It was so nice to make and meet new friends and reconnect with everyone in the CAJCL and introduce the freshmen to Latin club and Latin convention,” Miramonte Latin teacher Matt Davis said.

“My favorite part about Ludi was definitely spending time with my friends from Miramonte and other schools,” junior Cara Holden said.

“I love seeing everyone from all of the other schools coming together to celebrate Latin. It was such a fun, energetic day,” Taylor said.