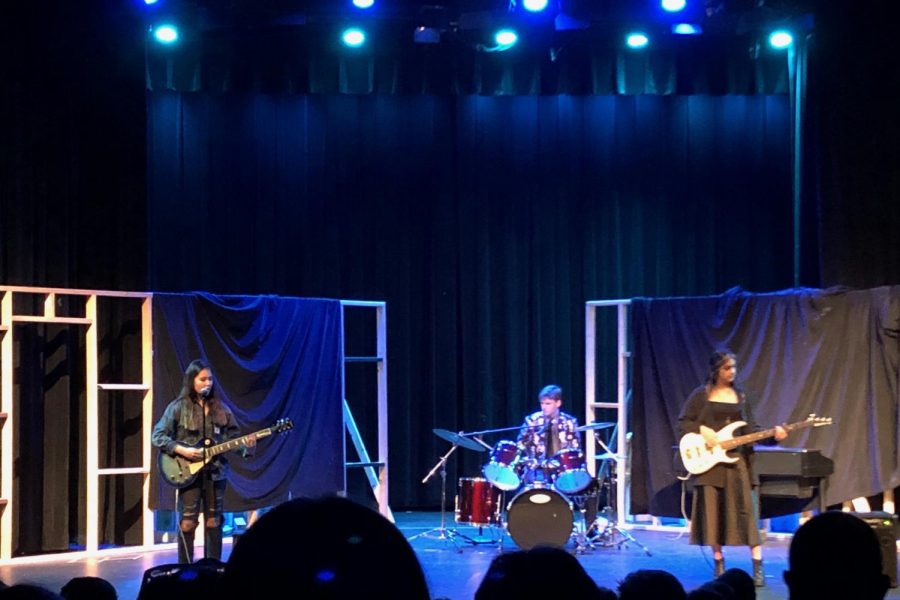 The shows included performances from each band intermixed with antics from the emcees: juniors Alex Meckes and Ryan Gottschalk. Audience members voted for their favorite band. “Alex and the Jazz Band” won first place, followed by “Karate Chop Hurricane”, and “Wasted on Average” in third place.

“We decided to hold Battle of the Bands because we thought it would be fun for students to get to vote for their favorite band and to get the most performers involved because Miramonte is full of talent!” senior Kate Blanchard, president of the MUN club said. “My favorite part was seeing all the Miramonte students and families come out to support the school and Model United Nations as a whole. It was really exciting to have such a large turnout with people excited to help us out.”

The club began preparing for the shows in early December. “The most challenging part of organization is making sure we abide by all the school rules and admin policies as well as making sure everyone is doing their jobs: Matthew Carrington [MUN Treasurer] did the organization for this event so major props to him for making it happen,” Blanchard said.

“Although it was stressful the upcoming days before the show trying to fit in as many practices as I could with my two bands, performing was so much fun because it was such an amazing group of people participating and running the show,” junior Sydney Heim said. Heim performed with the bands “Dinosaur May” and “Karate Chop Hurricane.”

As the culmination of their emcee acts, Meckes and Gottschalk surprised the audience with a performance from their band the “Cubix Rubez.” “I really enjoyed the Cubix Rubez performance. It was exciting to perform our music on stage for the first time ever, and people really seemed to like our band,” Gottschalk said.

“One of my favorite parts of the show was just being able to perform in so many groups with some amazing people. Everyone who participated is super talented, and I’ve never had more fun practicing and performing music with people than this event. That moment when everyone in your band locks in together is unparalleled in my mind,” Meckes said.

19 Miramonte students along with Ms. Low and Ms. Cousins will be attending the Harvard National MUN in Boston from Feb.13 to 16. The Miramonte students will be competing with thousands of delegates from over 60 countries. According to the Harvard National MUN website the delegates will “diplomatically debate and propose solutions to the world’s most pressing issues.”

“I really enjoy MUN competitions. They involve a lot of strategy and politicking, especially when it comes to dealing with other delegates and making alliances. I also enjoy MUN because I get to meet new people and compete with my friends on the team,” Gottschalk said.

“I’ve never gone on the Harvard trip before, but I’ve only heard good things. I’m really excited to go out and debate interesting world issues across the country with some of my closest friends,” Meckes said.

“On the trip, I’m looking forward to bonding with the team as we travel across the country and supporting my teammates as we all work together to succeed at such a prestigious conference!” Blanchard said.