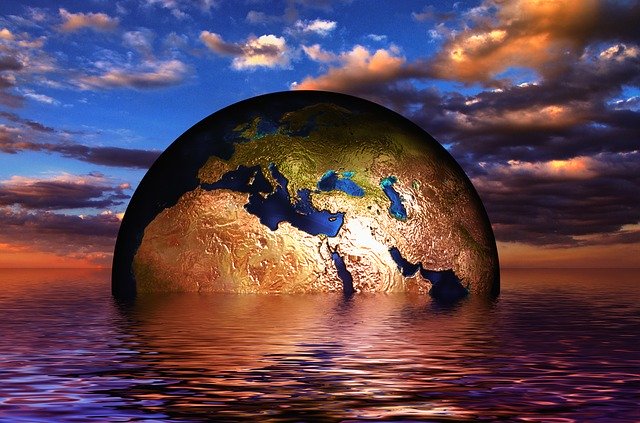 Image by Gerd Altmann from Pixabay

Climate change is an issue troubling our society and environment today. Environmentally unsafe factors such as pollution and unhealthy gases negatively affect historical landmarks, countries, and cities. Because of the loss of cars and people roaming the streets, researchers and scientists noticed that our environment is experiencing positive effects.

There is a rise in temperature on Earth. According to NASA Global Climate Change website, “The planet’s average surface temperature has risen about 2 degrees Fahrenheit (a little more than 1 degree Celsius) during the last century or so, a change driven largely by increased carbon dioxide and other human-made emissions into the atmosphere.” According to Forbes, the pandemic has improved Manhattan’s air quality. There is a 10 percent drop in carbon dioxide and methane, and 50 percent less monoxide.

During stay-at-home-orders, students have noticed a change in the environment.”I think because everyone is staying at home more and driving less, there is a significant decrease of carbon dioxide in the atmosphere, helping our climate change,” sophomore Sophia Swenson stated.

The optimistic trend in climate change indicates a positive amidst all of the chaos of the Coronavirus – our Earth may have time to rejuvenate itself. Unplanned benefits revealed themselves in different places because of quarantine. According to NBC News, “In Venice, the often murky canals recently began to get clearer, with fish visible in the water below. Italy’s efforts to limit the coronavirus meant an absence of boat traffic on the city’s famous waterways. And the changes happened quickly.” Countries that issued the stay-at-home-order may experience a change in not only visible water but also pollution. “Countries that have been under stringent lockdowns to stop the spread of the coronavirus have experienced an unintended benefit. The outbreak has, at least in part, contributed to a noticeable drop in pollution and greenhouse gas emissions in some countries. Although grim, it’s something scientists said could offer tough lessons for how to prepare — and ideally avoid — the most destructive impacts of climate change.”

When stay-at-home-orders are terminated, factors including factory emissions and pollution might go back to the way they were. “Right now quarantine has had a positive impact on air quality. In the Bay Area, China, and Italy who all had stay at home orders, there was a major change in air quality during lockdown due to a decrease in air pollution. This is great for our local environments but it is temporary. Climate change is the longer term, the larger-scale impact of greenhouse gases in the atmosphere due to overpopulation, overdevelopment, and use of fossil fuels as our main sources of energy,” Miramonte science teacher Christina Orangio stated.

Unforeseen events, including the melting of glaciers and the destruction of habitats, are a result of climate change. According to NASA, “Global climate change has already had observable effects on the environment. Glaciers have shrunk, ice on rivers and lakes is breaking up earlier, plant and animal ranges have shifted and trees are flowering sooner. Effects that scientists had predicted in the past would result from global climate change are now occurring: loss of sea ice, accelerated sea-level rise, and longer, more intense heat waves.” Researchers and scientists believe the leading cause of climate change is the amount of carbon dioxide entering the atmosphere from cars, factory emissions, the cutting down of trees, and more.

According to Newsweek, “The outbreak is having an intriguing impact on earth’s environment, as nations restrict the movement of people. One of the areas that scientists are witnessing a big difference is in air quality. It seems that the pandemic is already leading to huge reductions in air pollution in those regions that have been significantly affected by COVID-19—such as China and Italy—as an industry, aviation, and other forms of transport grind to a halt.” Now that some harmful substances have taken a halt, improvements can start to be made.

“I think the environment has improved while in quarantine because there aren’t as many people driving or flying. I’m glad our environment is improving, it’s like a silver lining in this time of crisis,” sophomore Emma Wirz said.

In addition to reducing carbon emissions, the shelter-in-place orders contribute to other environmental positives as well. There are sightings of animals roaming streets and lounging without disturbance. Lately, animals aren’t being separated from their habitats and forced to scour for a new one. According to the New York Post, “Worldwide, with the coronavirus keeping humans inside, wild animals have taken to the streets to have their own play — even in cities. People in New Delhi have spotted monkeys looking for food in an alleyway lined with closed shops. In Venice, Italy, clear blue canals have lured swans and fish before tourists return in gondolas.”