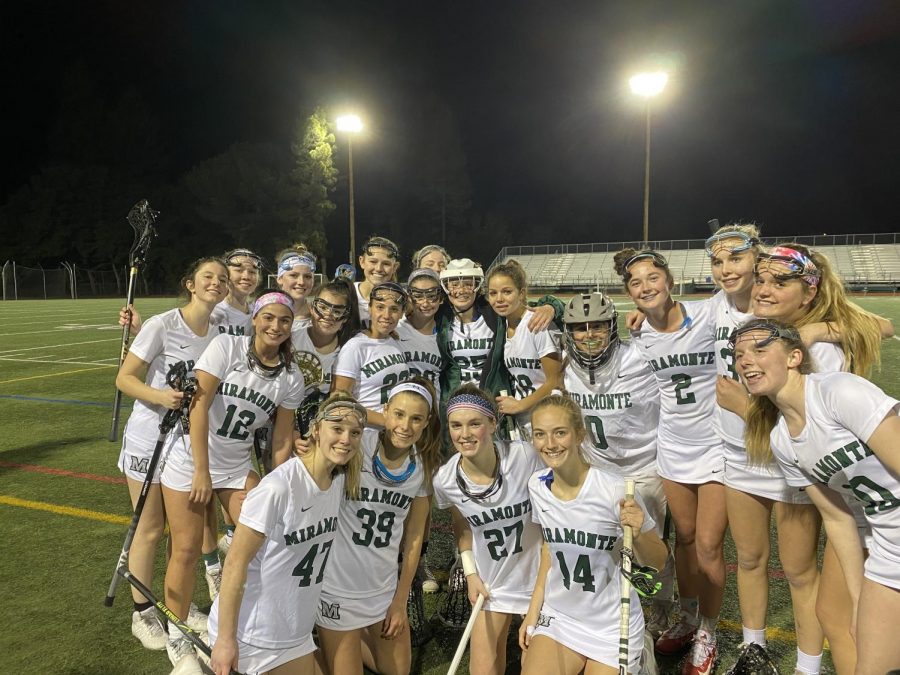 As Miramonte students hang up their backpacks at home and social distance themselves from their friends, some also retire their baseball bats, lacrosse sticks, running shoes, and swimsuits as Miramonte’s spring sports season met its unwanted end.

As the worldwide outbreak of COVID-19 engulfed the media, students were left wondering if Miramonte would shut down and resort to online classes. This sad reality came true on Friday, March 13 when principal Julie Parks notified the student body via email, “After very thoughtful and careful consideration, our Governing Board voted to close school effective Monday. At this time, we will reopen on April 6,” Parks said. This announcement came as a shock to many students and left countless student athletes devastated.

Also on March 13, Athletic Director James Lathrop postponed all athletics at Miramonte, affecting softball, boys and girls lacrosse, boys volleyball, track and field, swim and dive, and baseball. These sports were only in season for about a month. Senior and co-captain of girls lacrosse Anna Dewitt ‘20 was on varsity for all four years. The season’s postponement came as a massive shock to DeWitt and the rest of the team. “It was really frustrating because the team had already had so much success in the first half of our season and we were working so hard to improve and beat our competition,” DeWitt ‘20 said. Girls Lacrosse had an overall record of 7-1 and still have high hopes of winning NCS, if it isn’t cancelled. Players on the team will miss the close-knit atmosphere the team created and hope to finish their season strong. “I hope to get back on track to win our league and NCS championships and beat our rivals,” DeWitt ‘20 said.

This upsetting news also came as a shock to the boys lacrosse team. When senior Jacob Brewster ‘20 heard that his season was postponed, he was extremely upset. “I didn’t know when we would go back and I didn’t want my senior season to end like this,” Brewster said.

Miramonte seniors involved in spring sports are devastated that they might not be able to finish their last high school season with their team. “I was mostly looking forward to continuing to create close friendships with the girls on the team and play our rivals Campolindo on Acalanes,” DeWitt said.

Many Miramonte student athletes appreciate the close bonds they form with their teammates. Playing for Miramonte provides students with the ability to connect with both upperclassmen and underclassmen. “The bond that I have with my teammates is what I’ll miss the most, they are family to me,” Brewster ‘20 said.

Senior Jackson Oxner ‘20 enjoyed playing Mats baseball for four years and was very disappointed when his season was cut short. “This year has been the most enjoyable yet. The team chemistry between sophomores, juniors, and seniors was something I had never experienced before,” Oxner ‘20 said.

Senior and co-captain of Miramonte’s softball team Kaitlyn Miller ‘20 will cherish the memories she made during her four years of softball. “I’m going to miss all the jokes and little moments that make playing the sport worth it,” Miller  said. She is hoping to continue her season if school comes back in session and end her senior year with a bang. “My hopes for my team if we go back to school are that we just enjoy the time we have left and have fun with it while giving our all,” Miller said.

Although students continue to social distance themselves and stay home from school, Parks has high hopes for the rest of the school year. “I know that many of you are worried about cancellations like athletics, performances, and events. I want you to know that we will remain committed to rescheduling when we can so that we can continue to have these experiences,” Parks said in an email sent out to students.