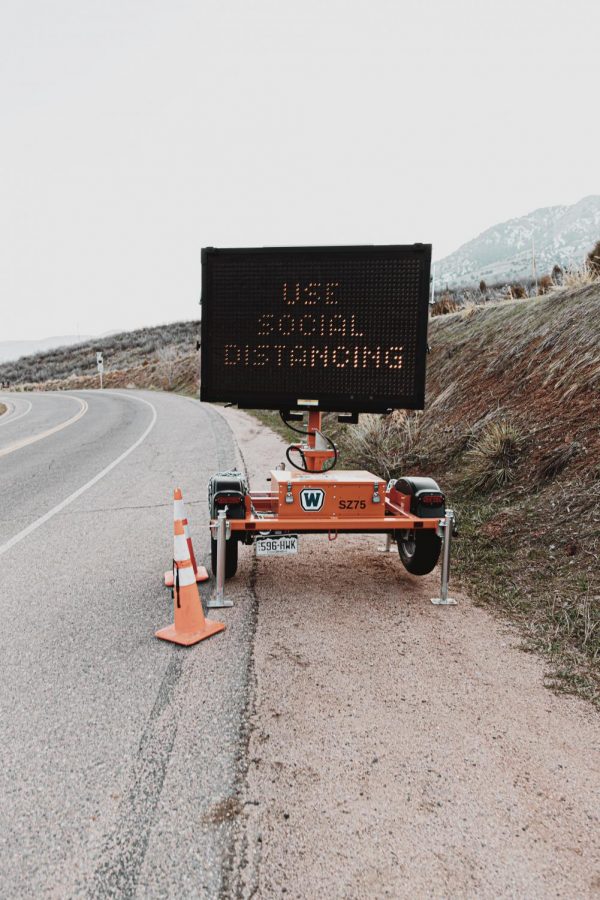 Photo by LOGAN WEAVER on Unsplash

Late September, Governor Gavin Newsom announced that California would be transitioning into a new color-coded system that sorts counties based on coronavirus case numbers and positivity rates. The transition has left many counties marked purple or widespread. The system was introduced to better access the amount of possible COVID-19 cases in an area and give residents a clearer idea of how and when their countries can transition into less restrictive measures.

There are four categories: Widespread (purple), Substantial (red), Moderate (orange), and Minimal (yellow). A county deemed “Widespread” must register more than seven new cases per 100,000 residents daily with an average positivity rate of eight percent or higher. The stats for “Substantial” rank slightly less at four to seven daily cases per 100,000 residents with a five to eight percent positivity rate. A “Moderate” county must achieve an average of 1-3.9 daily cases and a positivity rate of 2-4.9 percent. Lastly, a “Minimal” county must register less than one daily new case and maintain a positivity rate of less than two percent. A county must stay at the requirements of a level for three weeks and then constantly meet the conditions of another level for its rank to be modified.

According to data collected  Sept. 8 through 21, Contra Costa registered as red on Sept. 8 with a positivity rate of 5.3 percent but has since declined to a positivity rate of 4 percent, according to data from Sept. 21. Compared to the slight decline in positivity rate, Contra Costa’s rate of daily cases per 100k residents has dropped from 8.4 on Sept 8-ranked widespread-to 6.5 on Sept. 21-ranked substantially. Additionally, findings show that contra costa has an average transmission rate of .88 percent, which is trending down from a week ago at .89 percent.

Under state guidelines, schools are prohibited from opening for in-person instruction of any form until their counties register below a purple rank.

“I hope we go back to school this semester because online school makes it a lot harder to learn. I’m concerned that with online school, it will make it harder for us to process and retain the information we are learning, and it will affect our future,” junior Chloe Breznikar said.

In previous Acalanes Union High School District Governing Board meetings, the board has detailed three separate models for learning during the pandemic: full distance learning, a hybrid model, and open campus. Superintendent John Nickerson has expressed that schools in the district will not open without consultation by county and state health officials  as well as a dialogue with the community about safety regulations. The board recognized the possibility that some students may not feel comfortable going back to school, and in their August meetings, they confirmed that there will be an option for students who wish to stay in Distance Learning to do so.

“Hopefully we go back because online school sucks, but I think that it could be somewhat dangerous because cases could start becoming more prevalent here even if the area we live in has a low amount of cases,” junior Natalie Kurtz said.

On Oct 2, Nickerson sent out an email regarding the governing board meeting that day and the district’s plan for distance learning for the rest of the semester. He detailed that he district plans to stay in a distance-learning model through the end of the first semester and to slowly expand opportunities for students to meet in small groups on campus.

“Our plan will provide opportunity for all students to eventually come on campus this semester for additional academic support, social-emotional support, engagement in extracurricular activities, or simply to connect with others.” Nickerson said in the email.

In the most recent governing board meeting on Oct. 7, members of the governing board and Superintendent Nickerson detailed plans for the district to stay in distance learning for the remainder of the first semester and to begin transitioning into a hybrid model in second semester. The transition period will entail an increase in same group meetings on campus, cohort based sports practices.